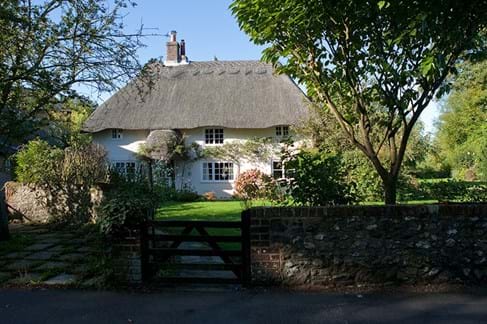 How do I deal with damp and condensation in my period home?

Any home of any age can show signs of 'damp' but most damp is caused by unsuitable repairs and alterations or the way the building is used rather than by inherent design and construction faults.

You may have been told that your home has 'rising damp' and this may have been picked up on a survey by someone using a damp or moisture meter. These often give false readings and the solution may be more simple than that proposed by your builder or a damp specialist.

Damp usually appears as damp patches near the bottom of a wall, or plaster falling off, or sounding hollow. It may also be visible on your ceiling, your chimney breast or around window openings. There are different kinds of damp caused by many different issues.

Most damp patches are actually caused by condensation although some are caused by penetrating damp from common problems like missing leadwork or tiles, high ground levels or defective guttering and downpipes. The penetrating damp can be 'cured' by fixing the problem, letting the building dry out properly (you might need to use dehumidifiers or wait a long time) and then redecorating using suitable materials.

What is condensation and how can I stop it?

Humans cause condensation by breathing and by carrying out normal household activities. When we breathe, boil water, dry wet washing or have a shower, the air in the room becomes full of moisture vapour which condenses, or turns back to water, when it hits the coldest spots in the room – normally the windows, mirrors, ceilings or cold spots in the walls.

Sometimes the moisture gets trapped behind impermeable substances like acrylic paints, gypsum plaster, waterproof plasters, tiles, vinyl or cement and then tries to escape, taking off or 'blowing' the surface in the process and causing cracking in some cases.

Most modern paints are designed to be durable, cleanable and long lasting which by definition means they are unlikely to be fully breathable even if they claim to be – they may allow some passage of moisture but not all.

Historic buildings should never be encased in waterproof paint, renders or coatings as they need to breathe properly. Breathable paints, mineral silicate paints, lime paints and lime washes can absorb moisture and then release it again when the humidity drops, acting like a natural dehumidifier.

In the same way, wall finishes like gypsum plaster, cement render, pebbledash or cement pointing trap condensation underneath them - it can’t evaporate and the wall stays wet.

The solution is to remove the render and let the walls dry out. If brickwork is damaged and needs repair or replacement, it should be done with lime mortar. If you want to re-render you should use traditional lime render, which can breathe freely, and allows trapped moisture to escape.

Humidity levels very between different houses, in different weather and during different activities. You can measure relative humidity or, more often, absolute humidity. A dry house will have around six or seven grams per cubic metre and a wet house will have 10 grams or more. Six grams is about half a small teaspoon.

Warm air can hold a lot more water, which is why inappropriate insulation in older homes and the consequential rise in temperature has caused more problems with condensation and therefore damp issues. The temperature at which condensation forms is called the dew point.

The corners of rooms are usually colder than the centre of the walls or ceiling which is why they are more likely to be at or near the dew point and therefore have more condensation, mould and damp.

Most condensation takes place on surfaces, but it can also happen within elements like walls.

This is called interstitial condensation. It can also occur in concealed spaces like spaces beneath the roof and floor if there is insufficient ventilation.

Moisture can come from:

Ventilation and air circulation is crucial to help evaporate this moisture and stop it forming condensation. Older houses often suffer from well-intentioned attempts to make them more thermally efficient such as the installation of plastic windows, often with no ventilation, blocking up airbricks and fireplaces, and fitting draught excluders. It is a good idea to incorporate the installation of trickle vents, extractor fans and windows that can be secured in a slightly open position into your renovations.

So in summary, your 'damp' may be caused by:

Once you’ve fixed the problem, your damp will disappear and then you can start making repairs. 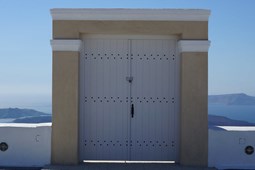 What is thermal heat loss in relation to windows and doors? 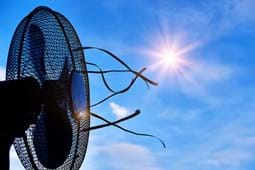 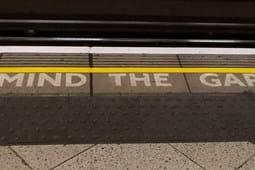 What can be done about cold bridging around windows and doors? 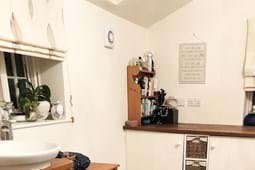 How should I ventilate my bathroom?